You are here: Home / Fitness Bootcamp / The fat loss secret of the Russian Kettlebell

The fat loss secret of the Russian Kettlebell 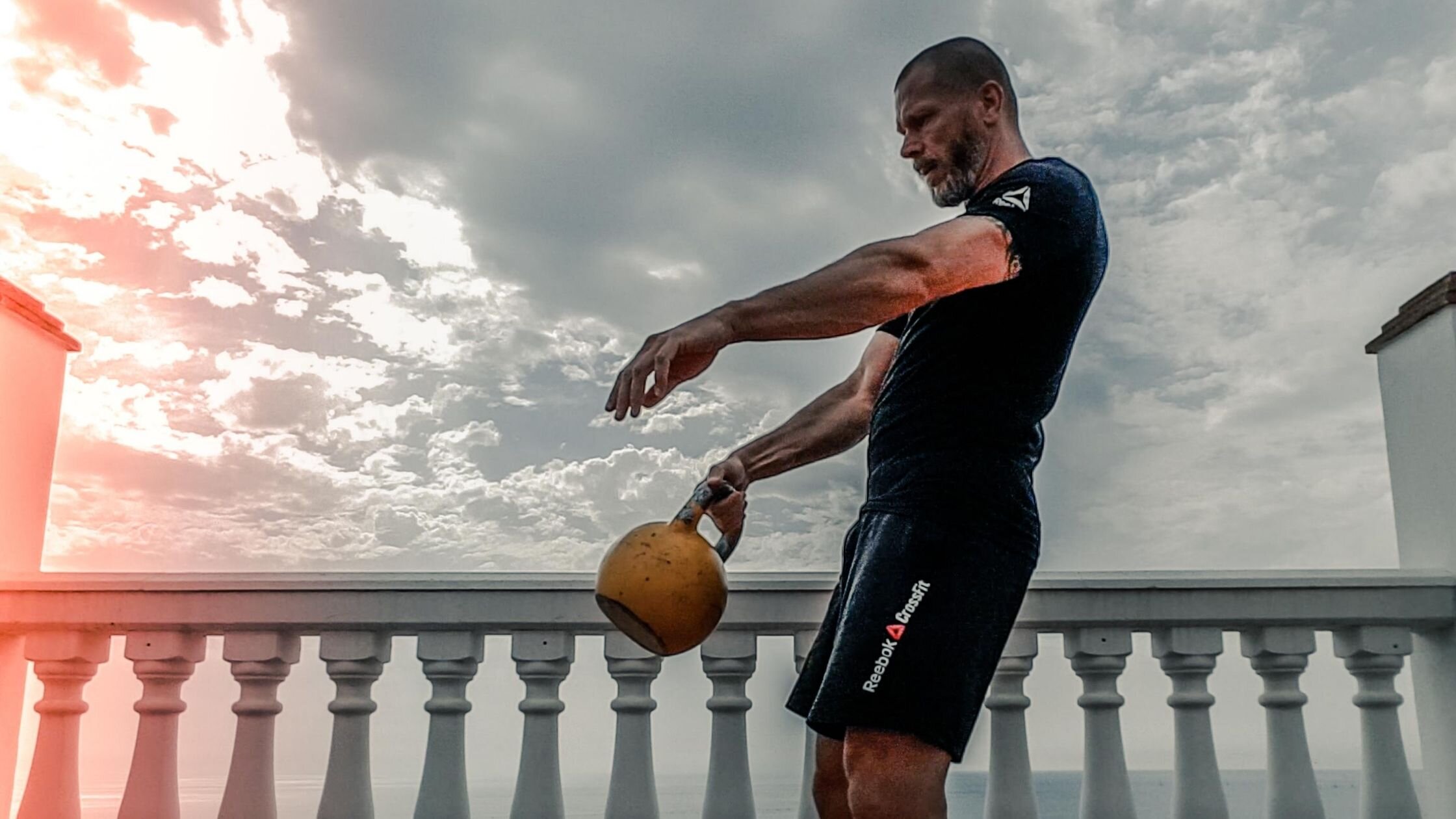 The kettlebell had become the latest training tool to reach the limelight, celebrities like Jennifer Lopez and Penelope Cruz use them. TV workouts are promoting kettlebells almost like the second coming. So why exactly is there such a big buzz around kettlebells. Well they’re not just a new “fad”, they’re promoted because they really work. Find out why you can achieve far better weight loss with kettlebells.

Our muscles are comprised of fast twitch and slow twitch muscles, the fast twitch allows you to run fast and hump high, the slow twitch are more for endurance and allows marathon runners to run for hours.

Heavy strength training stimulates the fast twitch muscle fibres, which makes the muscles larger and appear ripped on trainees with low body fat. Strength training does nothing for the slow twitch fibres.

On the flip side running for long periods of time, like marathons and 20+ minute runs on the treadmill stimulates the slow twitch fibres.

Now for seasoned athletes who have specific training goals, they will have impetus to stick to certain training programmes, a bodybuilder or a sprinter has reasons to lift heavy weights, a marathon runner has reason to do daily 1 hour runs.

Why toe the “middle road” between fast twitch and slow twitch?

For the average trainee who just wants to lose fat. Why not combine elements of both into the training programme, stimulating both fast twitch and slow twitch muscle fibres for optimal fat loss?  This is where kettlebells come in, because they toe the middle line between power and endurance, training both fast twitch and slow twitch muscle fibres, so what you end up seeing is that trainees gain muscle and strength and lose fat due to an increased metabolism throughout the day, in fact you’re unlikely to see a fat kettlebell trainee, unless they just started out.

Kettlebell workouts are typically 30 minutes long with repetitions for each exercise around 15 with limited rest in-between. All this makes for a intense and shorter workout than a barbell strength based workout.

For athletes that require snap power, such as throwing sports like baseball, basketball, tennis etc. kettlebells are more appropriate, a key element of kettlebells are the explosive movements like the cleans and snatch, which train you to push heavy kettlebells across at a instantaneous speed. This trains the fast twitch fibres.

Conversely for the same exercise, say snatch or jerk, the kettlebell is lowered back onto the floor from the overhead position at a slow pace, taking around 2 seconds in the descent, which trains the slow twitch fibres.

“Forced” fat loss with higher rep workouts.
The 15 rep range for kettlebell exercises is perfect for fat loss. Take for instance the kettlebell deadlift, during the exercise your legs are under constant low level tension. This prevents oxygen from being replenish easily as the blood oxygen stores are being used up faster than the heart can pump back in.

Without the blood being able to replenish oxygen, the muscles create mitochondria which are tiny “nuclear plants” in the cells with create energy.

This is the reason why so many kettlebell trainees are slim and ripped, and why you should consider a kettlebell workout if you want to lose fat.

This article is written by kettlebell trainer Abdul Karim, he has written a 42 page kettlebell workout programme which you can download for free.

Run Your Own Bootcamp

Pre-BootCamp Foods to Help Maximize Sessions
One of the easiest ways to kick-start your weight loss regime into over drive is to join a bootcamp...

Dog Friendly Fitness Bootcamps
As a dog owner, there’s nothing worse than trying to find the balance between outside...

Fitness Bootcamp - What To Wear At Your Winter Bootcamp Classes
Even in the winter your fitness bootcamp sessions will be taking place outdoors.   Therefore it is...

Fitness Bootcamp - Cross Trainers Are A Good Investment
When you are involved in a fitness bootcamp workout not only is it important to wear the right kind...
More Posts from this Category